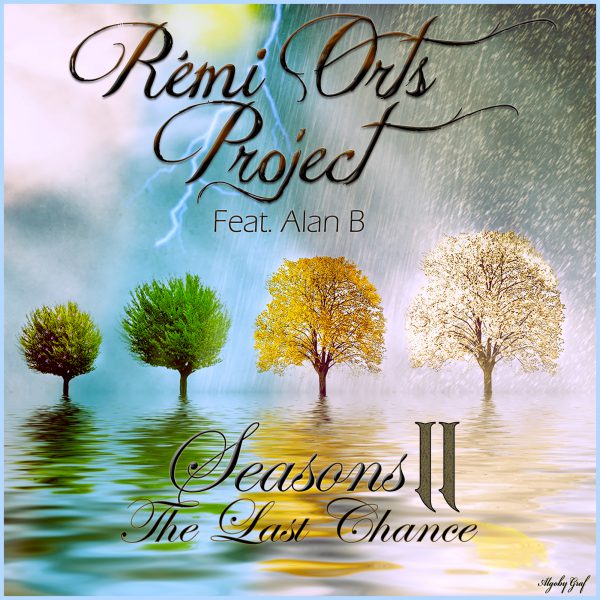 The spring equinox is the time of year when night and day have the same duration.
It is a tipping point between darkness and light …
Equinox takes place this year on Monday 20 March at 11:28.
This is precisely the date chosen for the release of my new album, “Seasons II”. It echoes the first newage opus, “Seasons” (2010).
But why a sequel?
Simply because far from improving, things get worse on the front of climate change, and among all the challenges that humanity has to face at the beginning of this millennium, this one is crucial. In the scientific community, by 2050, the worst alarmists scientists expect a 120% increase in carbon emissions, which would make life virtually impossible on our beautiful planet … so in the short term.
Yet, despite the threats, we continue to destroy it.
But spring's equinox is also a symbol of hope, of rebirth, of the emergence of life.
So I invite you to follow us in this quest to redemption, throughout 12 pieces of music wich are like the stations of a hazardous Way of the cross.

After “The Glass Fortress” (2015), Alan B has once again joined me for this new adventure, in his now well established quality of concept album scenarist. He thus guided me, with his own vision, on the discovery of the scientists who have marked the history of climate change, as well as the main meteorological phenomena and other problems involved. Sounds, ambient textures, melodies have resulted from this work.

Like the equinox, the album oscillates between anxiety and hope, but far from being antynomic, the second term draws all its vitality in the quagmire of the first.
According to a formula that has become famous: “If we do not announce disaster, nobody will listen to us”.